In the context of storage and the web, it is important to note that the Web Storage API provides mechanisms by which a single web browser can store key/value pairs. This is useful for local individual client storage (analogous to cookie functionality).

The TL;DR is that permanent storage is not possible by default with Wasm. Let’s quickly unpack why that is, and then provide a solution for you. First, a quick word about Wasm.

We know that WebAssembly (Wasm) is a binary instruction format for a stack-based Virtual Machine (VM). We also know that the Wasm VM is ephemeral. For example, a Wasm VM is instantiated, and business logic is performed, at which point the VM instance swiftly disappears. In this deliberate design, which has many benefits including performance and more, there is no storage mechanism by default.

WebAssembly also boasts, by design, a security benefit. For example, the aforementioned Wasm VM executes the business logic in a sandboxed environment which means there is no contact between the VM and the host’s file system or network sockets etc. Again, deliberately by default but, fundamentally no persistent storage. So how do we implement both Wasm and persistent storage?

To unpack this, let’s start with a brief overview of Spin. 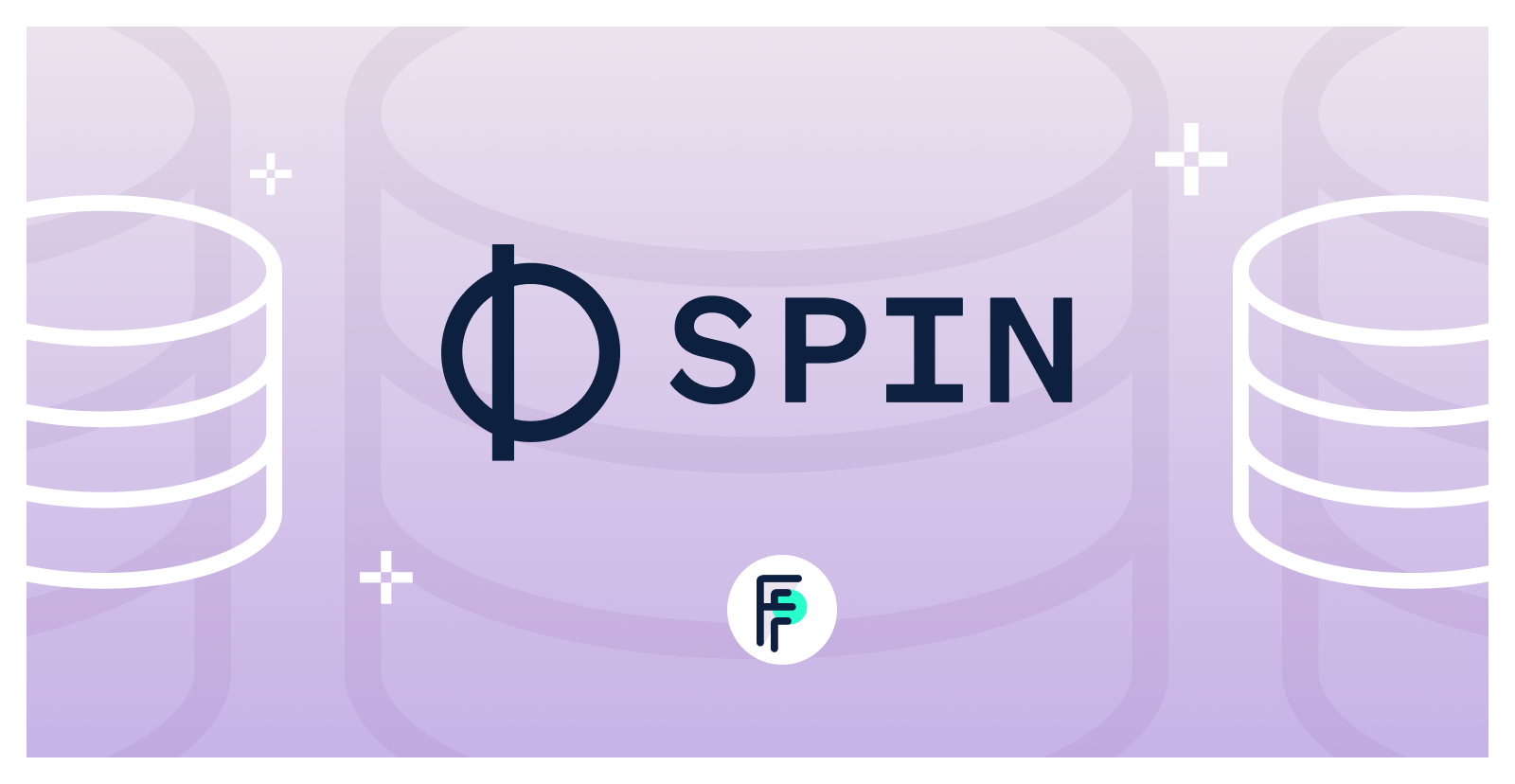 Spin is a framework for building and running event-driven microservice applications with Wasm components. Spin, is essentially a developer tool for creating serverless Wasm applications. Spin ships with a variety of SDKs, as well as an array of ready-made application templates, to get you started. So how do we use Spin?

Firstly, it is always preferable to follow Spin’s official documentation. We have done so in this article, so please feel free to follow along (for demonstration purposes) and remember, if in doubt “read the docs”.

If you haven’t already, go ahead and install Rust.

There are ready-made executable binarys available (for Windows, macOS and Linux) in Spin’s quickstart guide if you are interested. However, for presentation purposes, we will show you how to clone and install Spin using Cargo:

Spin can use a Rust HTTP component (which compiles to a Wasm component) that interacts with Redis. Let’s go ahead and install Redis to make this happen.

Firstly, like Spin, Redis is an open-source project. Redis is an in-memory but persistent on-disk database that uses a simple command structure. This means that users have instant and reliable access to data and are not required to learn structured query languages of traditional databases.

In this article, for presentation purposes, we will install Redis from source. However, please note there are also alternative installation instructions for Windows, macOS and Linux.

When installing from source, we first fetch and unpack Redis’ latest stable version:

Once downloaded, we can install Redis:

On macOS (which is what we are using for this presentation), the above procedure will add the Redis binary executables in the /usr/local/bin directory (which should already be in the system’s path). You may need to alter your system’s path; depending on which installation procedure you use and which operating system you are on.

Once installed, we can go ahead and start Redis; using the following command:

The above command will produce output similar to the following:

Keep the above Redis Server tab/terminal open, we will be back to use it a bit later on.

Once Redis is running on our system we can explore the Redis Command Line Interface (CLI).

The Redis CLI provides a myriad of options to interact with Redis. Let’s explore a few to get acquainted. Firstly, open a new terminal and run the following command to start the Redis CLI:

The above command will provide a prompt; similar to the following:

The following section shows how we can interact with Redis via the CLI, please go ahead and try these examples if you are new to Redis:

Keep the above Redis CLI tab/terminal open, we will be back to use it a bit later on.

Now that we have Spin and Redis working, let’s create a Spin application.

In this section, we are going to demonstrate how to create a Redis message hander application; using the aforementioned Spin application templates.

Firstly, we list the Spin application templates (which are available by default):

In the event that you do not have these templates available, you can go ahead and install them using the following command:

From here we can create our new application; using the following command:

The above command will ask a series of questions, see the example below where we provided Project description, Redis address and Redis channel:

Once created, you can start editing the pre-made application’s source code. For this example, let’s open the /src/lib.rs file and make the Redis listener println! everytime a message is published on the channelOne Redis channel. To do this we open the lib.rs file and create the print statement, as shown below:

Once the source code is changed, we can build and start the application; using the following commands:

You will recall that we already have Redis Server and CLI running in separate terminals, from previous steps above. If you are curious, you can check the status of Redis by using ps -ef | grep -i redis and you can start a fresh Redis server and/or CLI process in their own separate terminals by typing redis-server and/or redis-cli again (if needed).

Ok, so here comes the fun part. It is now time to publish a message on the Redis channel called channelOne, we do so by running the following command in our Redis CLI terminal:

The resulting output is that our Spin application prints Hello There! in the terminal; as expected:

This is super exciting because now we know that we can implement business logic inside a function that is executed each time a message is published on a Redis channel!

This is a great segway for the next section, which dives into how you could tie a bunch of different Wasm components together to not only listen and execute business logic but to store and retrieve persistent data on an ongoing basis.

To present multiple components within a single Spin application we can do the following.

Then we can create a few new directories within the application’s spin-hello-http directory, like this:

Now, we can modify each of the src/lib.rs files as follows:

Similarly, we can just copy the Cargo.toml file into the rock, paper and scissors directories:

We then update the name and description (in each new Cargo.toml location) to suit i.e. for scissors/Cargo.toml we do:

The last step to configuring the many components is to update the applications only spin.toml file, as follows:

Note, we have an id, source & route; which are all rock/paper/scissors themed.

To build each component we run the cargo build --target wasm32-wasi --release command from within each of the rock, paper and scissors directories.

To start the application we run spin up --follow-all from the top level directory:

If we go ahead and visit each of these endpoints, we will get the appropriate response, for example:

This is also super exciting, in addition to Redis listener functionality in Spin, we now have many public-facing endpoints; each of which can execute its custom business logic when called.

It is also important to point out, at this stage, that you are not solely bound to using Rust as the source for each of your component .wasm files. Simply put, once you have the application built as shown above you could feasibly go ahead and create your Wasm binary executables using any language which compiles to the wasm32-wasi target. For example you could use the Grain programming language to write your business logic and then compile and simply place the resulting .wasm file in the appropriate Spin application location.

The above examples should be enough to start the creative juices flowing. We can see that there is a great deal of flexibility to create a WebAssembly web-based application. Now for the pièce de résistance; persistent storage.

Then, we open the spin.toml file and fill it with the component section with the following:

In addition, to the above, we need to go ahead and find the trigger line:

Then replace that entire line with the following trigger line:

Next, we open the Cargo.toml file and replace the entire dependencies section, with the following:

Then finally, we open the src/lib.rs file and fill the entire file with the following:

Now that we have updated the redisTriggerExample application, let’s go ahead and build it, using the following command:

Once built, we run the application, using the following command:

The above command will produce an output similar to the following:

If we visit the http://127.0.0.1:3000/publish endpoint, then naturally the code in the src/lib.rs function will execute. Specifically, the Spin application will, amongst other things, set the Redis key spin-example to value Eureka!.

Let’s go ahead and check that this worked. To confirm, we simply go to our Redis CLI terminal and type the following:

The above command correctly returns the value Eureka!.

As per normal Redis operation, if at any point we want to take a snapshot of the state of our data, the Redis CLI’s save command produces a point-in-time snapshot of the data inside our Redis instance and saves that snapshot to the dump.rdb file. Executing the save is as simple as the one-word command, shown below:

If we go ahead and execute the save command we can reboot the entire system and all of the data from our application will persist.

This amount of flexibility i.e. separate components, listeners, web endpoints and permanent storage certainly makes for some brilliant microservices applications. Do you have any ideas about what you would like to see built? Do you have any questions about anything in this article? If so please reach out to us via Discord; see link below.

I sincerely hope you have enjoyed reading this article and hope to hear from you soon.

We have a great Discord presence. Please join us in Discord and ask questions and share your experiences with Fermyon products like Spin.